When startups that have already raised funding decide to apply for an accelerator, you know they’ve got big plans. Bangalore-based accelerator Microsoft Ventures announced its latest batch of 12 this week. Nine of these startups have already raised funding, with some having as much as US$4 million in their pockets. Together, they have raised US$18 million. The 16-week program generally focuses on later stage startups and alumni of the accelerator include CanvasFlip, CloudCherry, and Teewe. 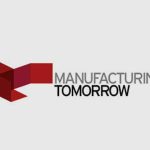 Altizon to Partner with Varroc on their Industry 4.0 InitiativeAltizon In News, News