It’s time to delve right into the emerging technologies that are impacting the IoT (Internet of Things) in a big way. But, more importantly, in this blog, we will take a deeper look at some overarching trends that are being impacted in the IoT space.

Igniting the Next Industrial Revolution with IoT

As IoT drives the next industrial revolution, managers can start saying goodbye to downtime. But what about security? There is a serious need for secure connections as IoT becomes more prevalent within manufacturing processes. IoT is driving the next industrial revolution. But hackers now see the supply chain as an easy target. The challenge: to mitigate the risk and drive more efficient, connected production, but without neglecting to invest in security and training – a topic very much in focus on the agenda at Internet of Things World in Santa Clara this May.

The proliferation of IoT should come as no surprise in today’s landscape. Devices have already invaded the home, with one report suggesting that 79 percent of US consumers have at least one connected device, and this is set to follow suit inside the warehouse. According to Forbes, market analysts expect the number of connected devices used in the manufacturing industry to double between 2017 and 2020. Now that 79% of us have some sort of smart device at home, like an Amazon Echo or a connected thermostat, we’ve become more comfortable with the deep embedding of technology in our immediate surroundings. As trust has increased, the same tech has earned a place in business and industry. Now, it’s up to manufacturers to balance the opportunities and risks. Read more

The smart factory makes industrial manufacturing even smarter. The connection is being crafted throughout the world: the digital world and the Things and Services Internet are melding with the production world. The smart factory marks a new strategic direction with its promise of improved productivity and faster innovation.

According to a report from Statista, the smart manufacturing market is likely to thrive from just a few hundred billion in 2018 to about $480 billion by 2023. Since more systems are becoming connected, the industrial and manufacturing industries, as well as the entire supply chain, must proceed to mature to provide manufacturers with a set of tools in their connected factories to optimize and increase efficiencies that aid them to keep pace on the market and eventually enable greater technological progress.

Many factories and industrial settings are solely focused on streamlining data and networks to enhance operational efficiencies— including trends such as improving IT/OT execution to converge IT systems with operational (OT) systems. But in order to promote ongoing change and growth, manufacturers should contemplate a technology-based approach that streamlines their factories to be using software to control systems as well as provide valuable data analytics while at the same time learning to improve from that data continually. On the other side, a smart factory that enforces software in its activities can configure, operate and monitor its different control systems automatically – from intake to assembly and dispatch. Read more

How IoT Is Poised To Change Retail

Analysts predict the Internet of Things will revolutionize the ways we shop at our favorite stores. Some technological advancements likely to soon become mainstream include intelligent barcodes customers can scan to get more details about products, in-store advertising that works via facial recognition and can give personalized insights, and the ability for shoppers to sign up for text messages that offer special deals on products as they move around stores.

It’s also expected that before long, robots that are linked to the Internet of Things could shorten the distance between warehouses and store shelves. Lowe’s, the home improvement retailer, has already begun experimenting with a robot to help customers learn whether desired items are in stock. Clearly, the IoT in Retail is set to dramatically change how we shop for the things we love, regardless of whether we buy them on websites or in traditional stores. If the examples cited above make you feel excited about future possibilities, you’re not alone. Read more 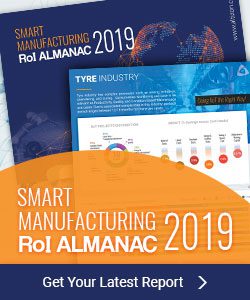